During the Conference #TACT22 program you can enjoy amazing keynote speakers. All keynote speaker have their own area of expertise and therefore a special story to tell. Below you can find more information about the speakers and their stories.

Enjoy, sit back and relax during the lectures of our keynote speakers. 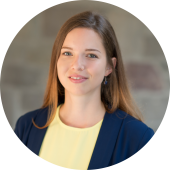 The Big Entanglement: Food Between Microchips and Microbiomes

Christine Schäfer is a researcher and speaker at the GDI Gottlieb Duttweiler Institute. She analyses social, economic and technological trends, with a focus on food, consumption and trade.

Our food system is broken and we are desperately trying to fix it, mostly with new technology: smart farming, agriculture 4.0, plant-based protein and cellular agriculture, indoor farming and so on... Because we are starting to realize that we cannot go on as we did before, we need to change our production methods as well as our consumption habits. But humans have not only upset the ecosystems around them but also the ecosystem within them. As biodiversity diminishes around us, variety in the human microbiome likewise shrinks. And there are increasing indications that this lack of species diversity, above all affecting the gut, could be behind the significant rise in autoimmune disorders in industrialised regions over recent decades.

We have long thought that the "outside" and the "inside" are largely independent of each other. But that is not true. What we inflict on nature outside, we also inflict on our microbiome, and thus on ourselves and our health, through our diet. Because we are not just us, we are many. And we as humans are not detached from nature, we are ecosystems among ecosystems – entangled organisms. 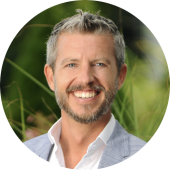 Innovation and inspiration in hospitality from around the globe

Benjamin will share the key trends shifts and changes in hospitality through innovation and inspiration from around the globe. 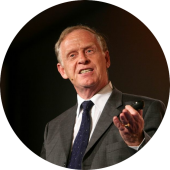 Lecturer, consultant & author of books about Agriculture and World Hunger

Bruno Parmentier is a speaker, consultant and author of several books on agriculture and hunger in the world. He now devotes most of his time to giving conferences and speaking to the media on issues of agriculture, food and hunger. From the Ecole des Mines in Paris, the lecturer Bruno Parmentier specialized very quickly in development economics.

Since the 1960s, the human population has multiplied by 2.5, and farmers have managed to multiply food by 4 to 8, without increasing the cultivated areas. We eat much better on a planet of 7.7 billion people than when there were 3.

We must now manage to feed 10 billion people, even though the so-called « modern farming techniques » are no longer able to increase productivity, the planet is warming very quickly, and biodiversity and soil fertility are collapsing.

A new agricultural revolution of intensive agro-ecology is therefore needed. It will be made possible because the rapid progress of the digital world will bring us the knowledge of the infinitely small, that we did not have, and therefore allow us to make alliances with Nature (bacteria, fungi etc.), instead of fighting it. We will now have to cover the soil permanently, put trees everywhere, grow our fertilizers and herbicides and raise our insecticides.

At the same time, consumers in rich countries will have to make major changes in their eating habits : less salt, sugar, fat, but also much less meat, fish and dairy products, and more fruits, vegetables, cereals, legume and vegetable proteins, the most local possible, and produced despite global warming and without warming the planet.

It’s a huge challenge, but we can win it.

Do you want to know more about the Conference?